Astaxanthin market is hot and the industry chain continues to deepen

For this reason, a huge market involving medical, dietary and cosmetic fields - antioxidant market - has been formed around the free radical theory. In the investigation of the origin and continuity of life, human beings have spared no efforts, especially in the study of aging mechanism, there are many theories related to aging, among which protein synthesis error theory, central nervous system functional decline theory, free radical theory and DNA methylation aging theory are the four mainstream theories. With the continuous development of molecular biology technology, the free radical theory has gradually become one of the most consensus theories, which is consistent with the scientific mechanism of aging and easily understood and accepted by the public. For this reason, a huge market involving medical, dietary and cosmetic fields - antioxidant market - has been formed around the free radical theory.

Natural ingredients are those from natural plants, such as rosemary extract, anthocyanins, vitamin C, vitamin E and β-carotene.

Although synthetic ingredients are more prominent in terms of stability and antioxidant capacity, their safety and biological efficacy are lower, and the use of natural antioxidants will become the mainstream trend in the future.

Natural antioxidant ingredients mainly come from plants, and the diversity of plant species determines the diversity of natural antioxidant ingredients. Lutein, lycopene, anthocyanin, vitamin C, vitamin E, β-carotene, etc. are more frequently used nowadays, but they are only the tip of the iceberg, and more functional and effective products are moving from theory to practice, astaxanthin is one of them. 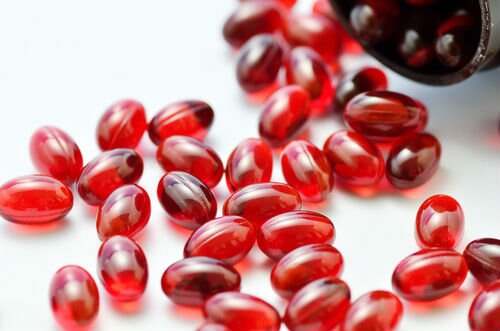 Astaxanthin was first discovered as a ketone-based carotenoid in the shells of river crayfish, oysters and salmon, and then in large quantities in algae. The interest in astaxanthin began with its highly effective organismal protective effect, which enables algae to survive in harsh environments for up to 40 years and to rapidly restore cellular functions when the environment returns to normal, making astaxanthin as protective to algae as alginose is to plants. In terms of classification, astaxanthin is one of the carotenoids, but its antioxidant properties are unmatched by other carotenoids and other natural ingredients, with an oxidative capacity 10 times higher than that of beta-carotene and 550 times higher than that of vitamin E. It is considered to be one of the most prominent natural antioxidant components with antioxidant properties found to be available.

Studies have pointed out that astaxanthin has a variety of effects such as antioxidant, immunity regulation, central nervous system protection, prevention of cardiovascular and cerebrovascular diseases, etc. It is a hot functional ingredient in the pharmaceutical, food and cosmetic industries. In the current competitive antioxidant market, astaxanthin is still sought after by the market, the most fundamental reason is also because of its excellent antioxidant capacity. In order to compete for a share of the resource market, countries have increased research and development of astaxanthin, China has been in the forefront of astaxanthin research, breaking the technical barriers to the field of large countries. Astaxanthin in nature is more widely distributed, plants, algae, animals, microorganisms are distributed, but the content of astaxanthin in most species are very low, it is difficult to meet the needs of industrial extraction, currently in the edible side of the rain-born red algae is the only species that can be developed.

In terms of sources, synthesis, yeast and R. cerevisiae are the three most studied categories. If analyzed in terms of yield, R. cerevisiae may not be the optimal choice, but between the different sources of astaxanthin present significant differences in molecular structure and bioefficacy, countries are very cautious about the sources of astaxanthin. As early as 1999, the first dietary supplement from Erythrocyanobacteria was reviewed and approved by the US FDA as an ingredient, followed by products from the EU and Japan, etc. In 2010, China approved Erythrocyanobacteria as a new food ingredient, and in 2017, the EU approved astaxanthin oil of microalgae origin as a food supplement, given the increasing discussion on the source and the lack of safety parameters and human clinical trials , in 2020 the EU Food Safety Authority reiterated that microalgae-derived astaxanthin is the only source and that synthetic and yeast sources are not allowed for food use.

The application of rain-born red algae oil is first of all to expand the form of rain-born red algae products, no longer in the form of a single raw material, can be added to a variety of products in the form of fluid, expanding the scope of application of the product; secondly, for the biological effect of the enhancement is also helpful. The utilization from raw material to human body is a complex process, although the content of the marker component tends to be the same, but the overall utilization effectiveness is lower than that of the extracted component, therefore, the approval of the rain-grown red algae oil is also important to enhance the value degree of this industry, and the future astaxanthin products will certainly be more colorful.